Rupert and Fanny rode KTM 990 Adventure motorcycles from Rupert’s home in Arniston on the southern tip of Africa to Fanny’s home in Shanghai on the eastern coast of China, a journey of over 60,000 kilometers that took them through the bush, deserts, Savannah, and jungles of Africa to Alexandria in the north of Egypt.
They crossed the Mediterranean Sea to Turkey and rode through Greece, Italy, Austria, Germany, Switzerland, France, Spain, back through France and across the Channel to England, Scotland and Wales.
They then rode over 18,000 kilometers on CF Moto TR 650 motorcycles across China, including Tibet where they rode through the Himalayas and across the Tibet/Qinghai Plateau at altitudes of over 5000 meters.
Rupert & Fanny have also ridden across South East Asia, including Thailand, Malaysia, Laos, Cambodia, Vietnam, and Sri Lanka. Rupert Also rode the Honda CRF 1000 L Africa Twin in Wales and across the Colorado and Utah BDR in USA.
Enjoy our motorcycle adventures and if you feel altruistically inclined, please support our efforts to raise funds for :
Autism Research Trust; and Half the Sky
。。。。。。。。。。。。。。。。。。。。。。。。。。。。。。。。。。。。。。 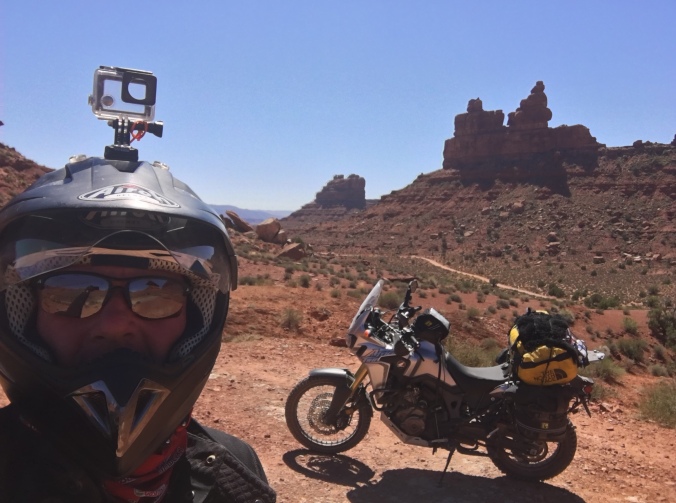 Rupert…Valley of the Gods, Utah

Rupert & Nick in Wales with Yamaha

Fanny and her KTM having crossed Africa, Middle East and Europe. 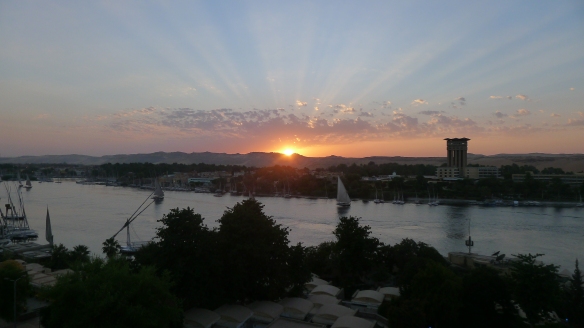 Sunset above the Nile in Aswan, Egypt 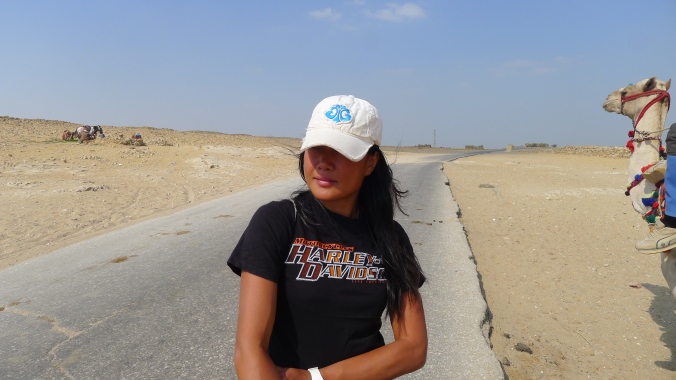 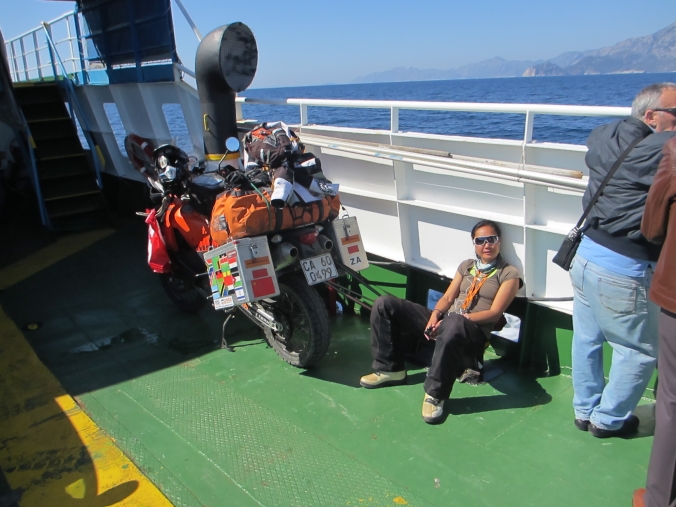 Ferry from Turkey to Greece

Fanny on her off road bike course, South Africa … bikes all shiny new.

Wadi Rum, Jordan…. a desert dog keeping up with me 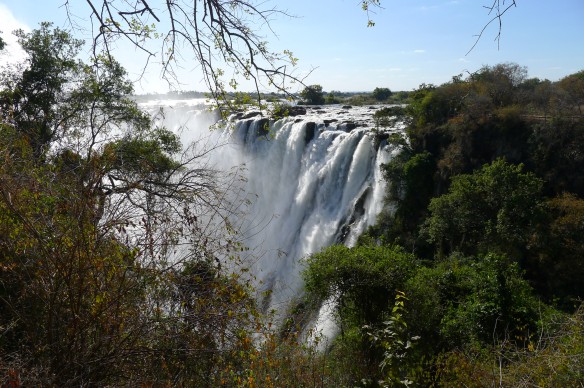 On way to my aunt, Joan’s house in Cotignac, Provence, France 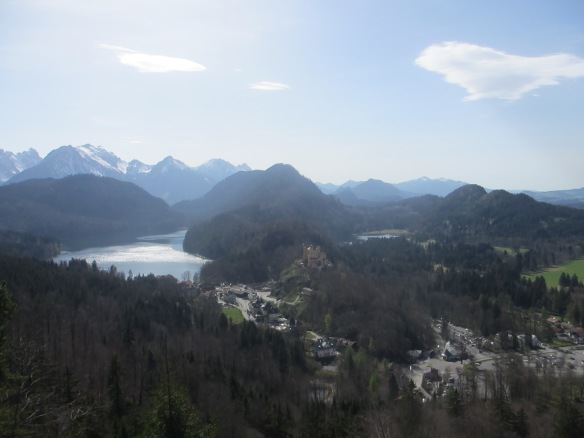 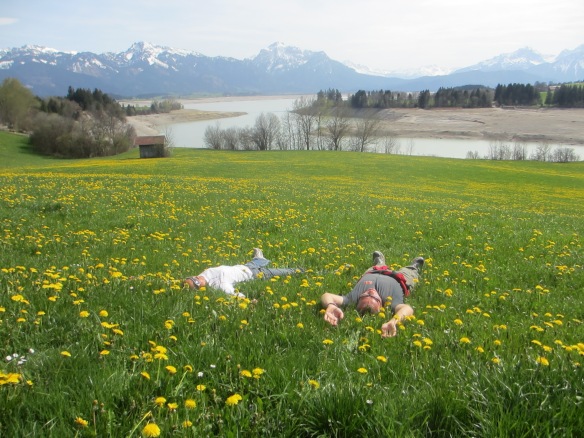 Fanny and Rupert with Winfried in Bavaria

Fanny taking a picture of me going snorkeling in Dahab, Sinai, Egypt….standard biking kit of wolly hat and flip flops…

On the road out of Ethiopia towards border with North Sudan 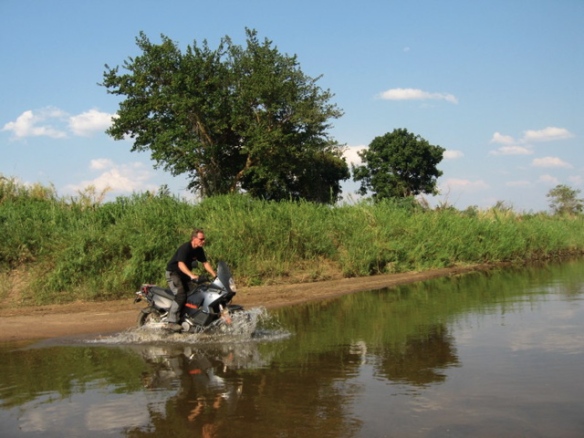 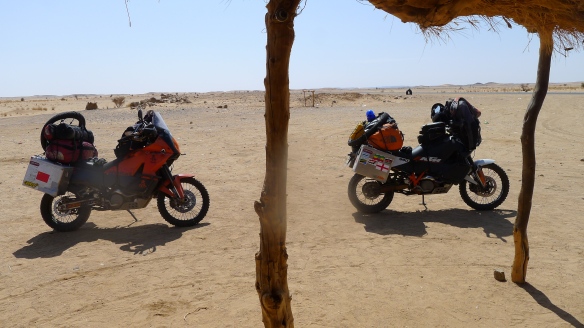 Coffee stop at “Strawbucks”, in middle of Nubian Desert, Sudan 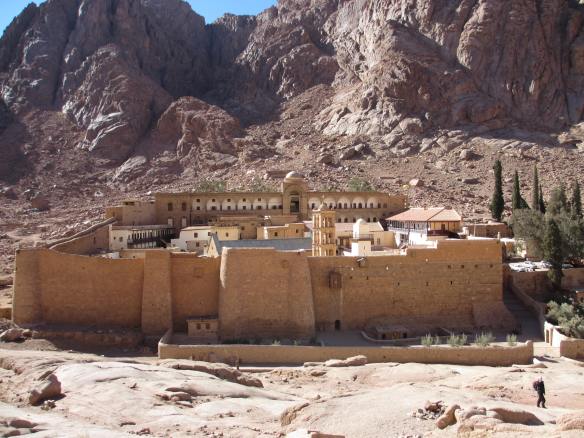 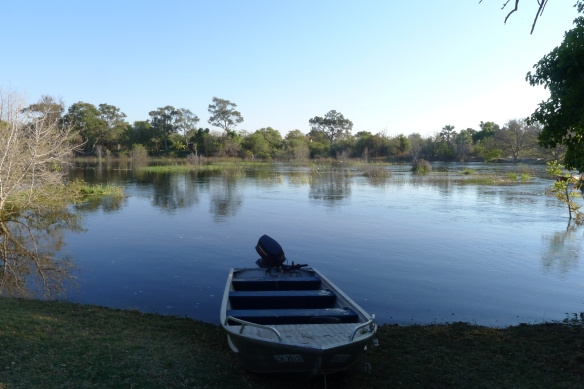 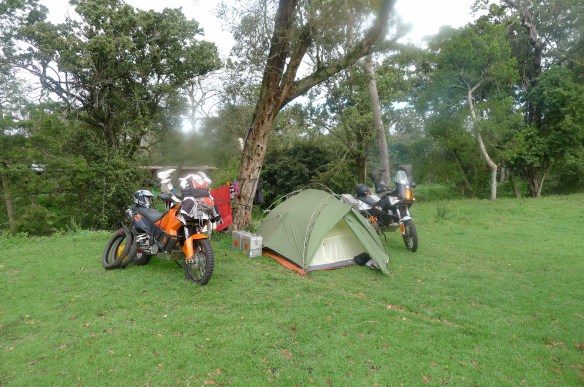 Camping at Mountain Lodge, near Nanyuki on the Equator in Kenya (foothills of Mt Kenya). 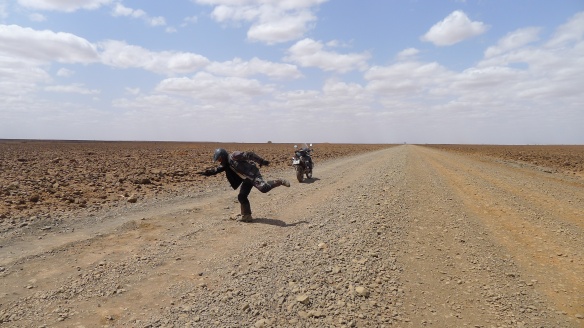 The moon-like road to Moyale in north Kenya. 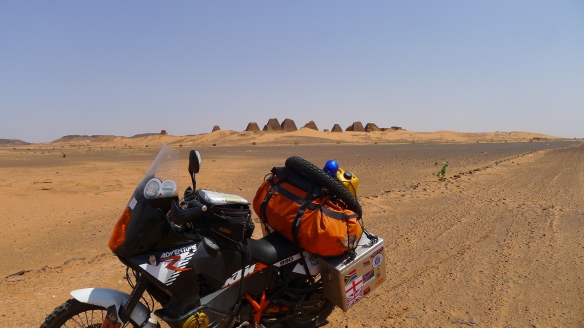 A Roman arch in France.

High up in Alps (Italy/Switzerland) 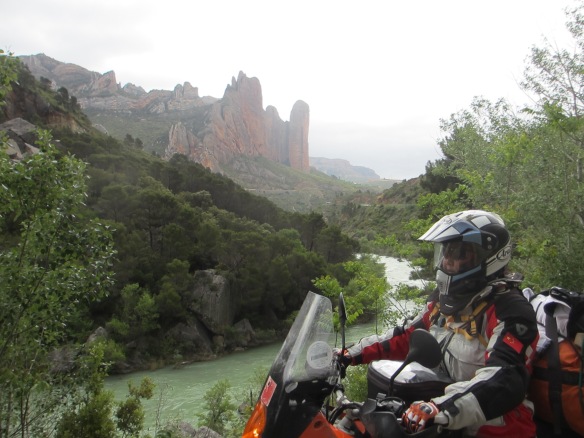 Masai Mara, Kenya…. zebras and wildebeest in the background…. 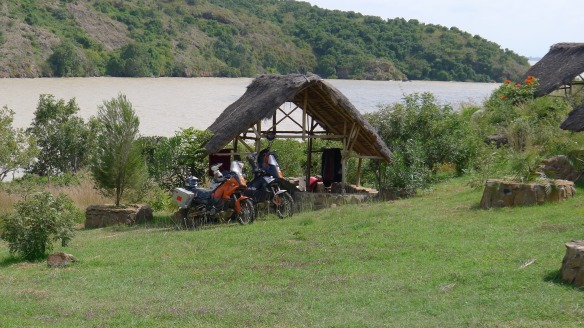 Near Gonder, Ethiopia…. beautiful campsite, but lots of fleas and ticks.

Shores of Lake Nyasa in Malawi 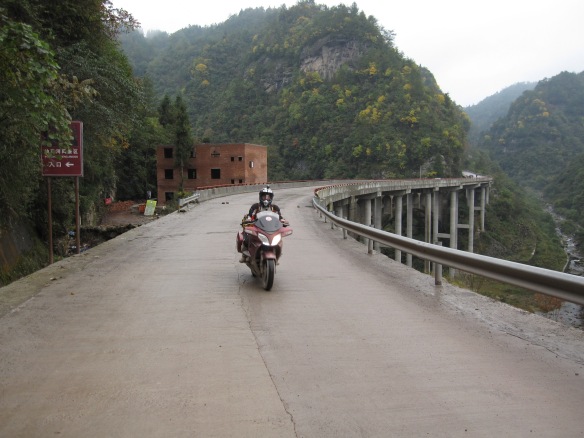 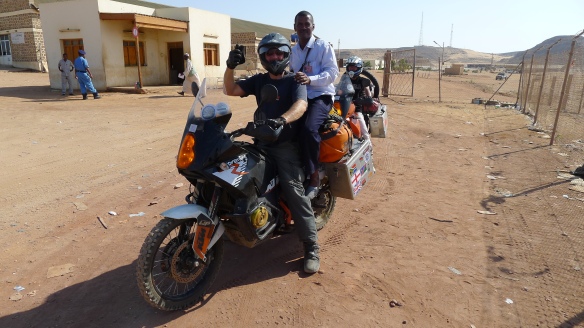 Bring your own customs official…. Wadi Halfa at border between Sudan and Egypt

One of many 5,000 meter passes we rode over in Tibet, China

The dreaded sand…. although not so dreadful when you get used to it…Cederberg, South Africa 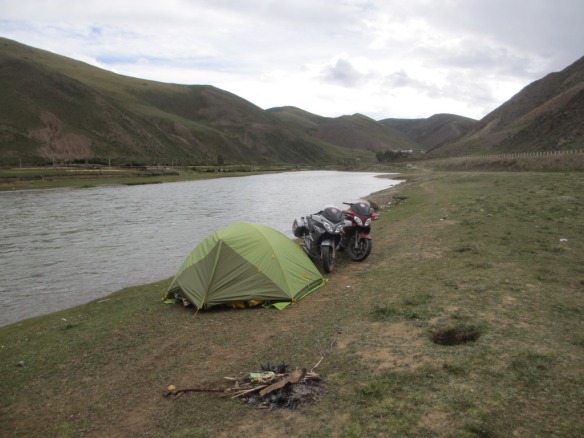 Camping with lamas in Tibet 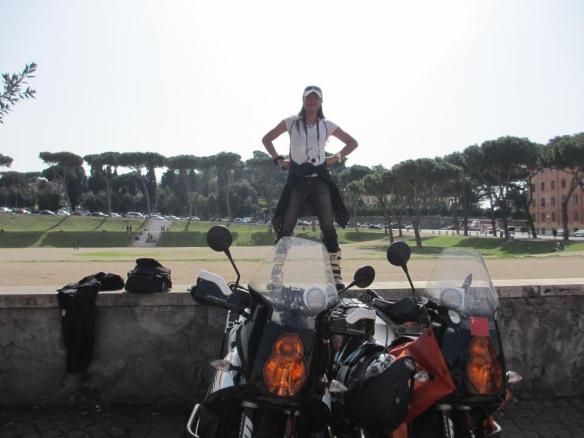 Fanny at the Ben Hur chariot stadium in Rome, Italy 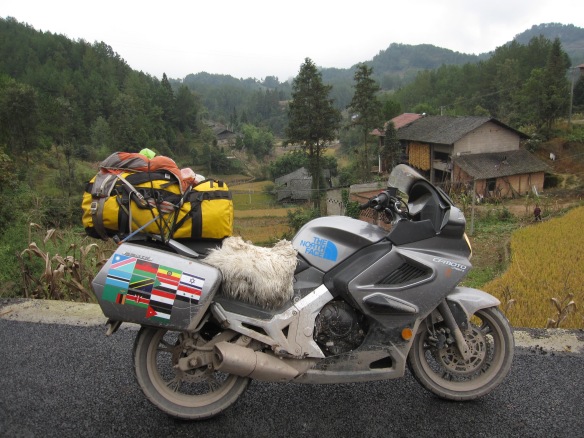 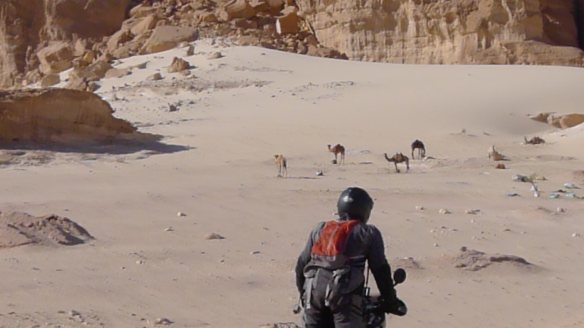 Sinai, Egypt…. bit of off roading in sand. 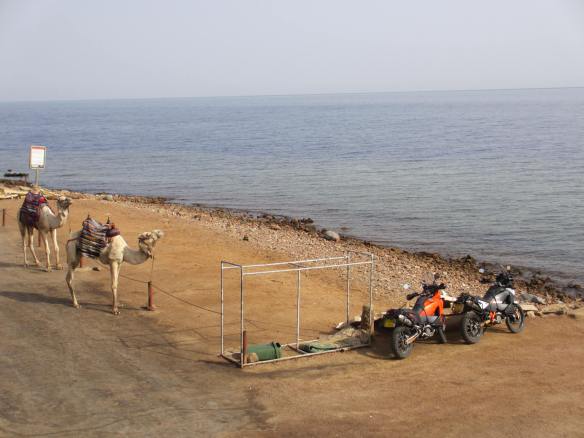 Can you tell me how to get to Li cestor Square, Sir?

Saying goodbye to our new and hospitable friends in Tibet 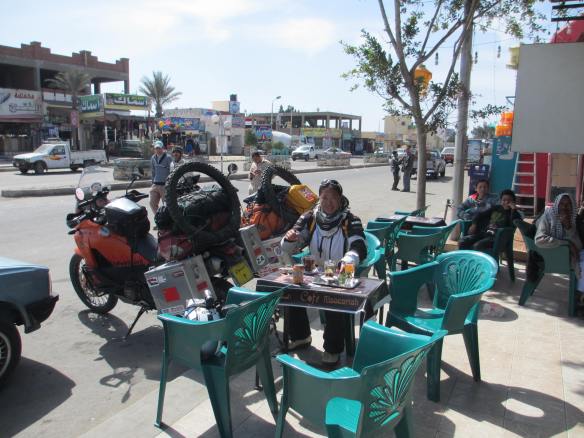 Bedouin tea break in the Sinai.

Fanny , you have a very dirty face…. (north Kenya)

Taking lama up to his temple in the mountains in Tibet so he can charge his cellphone….!!

High up on Tibet/Qinghai plateau, China

Rupert & Fanny. Still smiling after 20 months of riding our motorcycles around the world. (Tibet)